May the Songs I Have Written Speak for Me

An Exploration of the Potential of Music in Juvenile Justice

For decades the United States has outstripped other nations not only in the number of adults but the number of juveniles, in its correctional systems—systems that have historically failed to rehabilitate the young men and women entrusted to its facilities and services. In fact, involvement in the juvenile justice system has harsh life-long effects, diminishing young people’s school achievement, mental and physical health and, consequently, their ability to reenter and thrive in their communities, to become someone other than that person who made and paid for bad choices.

Nationally, a groundswell of forces is advocating for change in the juvenile justice system. While mindful of public safety, states and municipalities are seeking to re-imagine this system as an intervention that can foster youth development, rather than as a junior penitentiary system. The reform is three-fold. First, a redesigned system focuses on prevention—to reform the process of arrest, arraignment, and detention into a network of effective youth engagement programs, alternatives to detention, community-based placements, probation, and supports. Second, advocates aim to transform the one-hundred-year-old correctional system from a “holding tank” model of incarceration into one that allows for a pause in self-destructive and violent behaviors and promotes development for young people who have lived much of their lives at risk. Finally, the third imperative is to address the harsh current realities of re-entry by creating sustainable paths out of the juvenile justice system and towards purposeful lives.

Turning these hopes into realities will demand a cascade of changes at the community, state, and federal levels, in the design, location, and staffing of juvenile facilities, and in programs that educate, treat, and support young people who enter and then exit the prevention, corrections, and parole systems. But while policy changes can provide the blueprints, funding streams, and agency mandates, it will require a network of partnerships to make the promised reforms realistic, meaningful, and sustainable—fiscally, politically, and socially. In part, this work entails guaranteeing the basic civil rights of youth offenders while in custody and afterwards: they have to be able to enroll in high schools, they must be eligible for jobs, or viable candidates for scholarship programs for colleges. And it entails fundamental services like counseling and high-quality mental and physical health care. But the young people involved in or exiting the justice system need access to more than these basics. Their minds, spirits, and imaginations also deserve attention—many of them will be on their own to invent new choices and futures. Thus, far from being “extras,” the arts could potentially make significant contributions to the reform and future conduct of juvenile justice. If asked to the table, cultural organizations and individual artists could offer a curriculum in ensemble work, persistence, and imagination:

To be enabled to activate the imagination is to discover not only possibility, but to find the gaps, the empty spaces that require filling as we move from the is to the might be, to the should be.
—Maxine Greene, Quoted in Freeman, 2012

Acting at the intersection between juvenile justice reform, youth development, and a sense of the civic mission of cultural organizations, Carnegie Hall, through its Musical Connections program of the Weill Music Institute, is collaborating with New York City’s Administration for Children’s Services, the Department of Probation, the Department of Education District 79, and other New York City agencies to think about how participatory music-centered programming can support young people who enter and exit the juvenile justice system. Since beginning the work in 2009, Carnegie Hall has sponsored ten creative projects: eight in secure detention facilities and two in non-secure detention settings, serving more than a hundred young people, plus audiences of staff, peers, and families. These residencies last two weeks on average and engage young people in songwriting, instrumental playing, producing, and performing. Each residency culminates in a concert for other residents and staff and the production of a CD. The purpose is not only to teach music or the possibility of ensemble work—it is to jump-start the sense of being a person with potential.

The following paper shares what Musical Connections has learned so far in this work by: 1) examining the history and current reforms in juvenile justice; 2) reviewing the underlying research and evaluations conducted by other musical projects both in adult and juvenile corrections; and 3) harvesting and reflecting on its own musical work in juvenile justice over the last three years. The paper contains these sections:

The purpose of this review is to invite readers and stakeholders–including organizations, musicians, staff, and advocates–to think about these questions:

Put even more concretely, how do artists, along with arts and cultural organizations, partner with their communities to provide the alternatives to “the street” that young people seek? 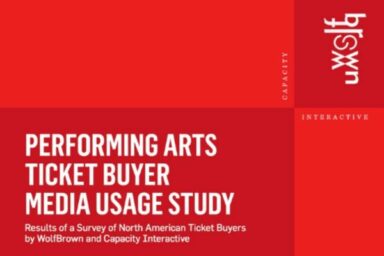 Through an innovative partnership, Capacity Interactive and WolfBrown sought to address this gap by producing a definitive report on the media habits of performing arts patrons in the >> 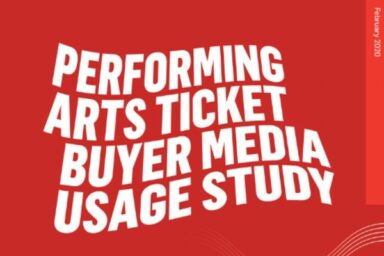 The Performing Arts Ticket Buyer Media Usage Study is back to provide you with the data you need as an arts marketer in 2020. WolfBrown created this study >> 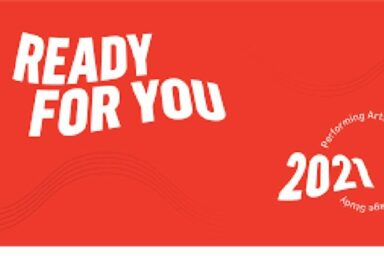 The 2021 Performing Arts Ticket Buyer Media Usage Study is the third iteration of the 2017 Capacity Interactive study by WolfBrown, which continues to support the work as >>