Newsletters > On Our Minds 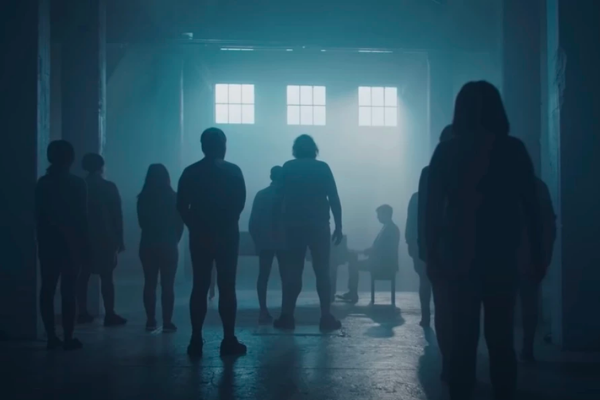 How does one get classical music performances to listeners during a pandemic when no one is allowed in concert halls? The obvious answer is to rely on video and indeed, there has been an explosion of video offerings. Unfortunately, most of them fail to utilize the many innovative opportunities the medium offers and as a result, much of the product is unsatisfying. Sitting in front of a screen for an hour or more and being provided with three or four alternating views of musicians playing their instruments does not lead to a fulfilling aesthetic experience. Some people tell me that they would rather listen to a good recording. Others say they get fatigued looking at the screen and often turn off programs before they are over. If during the post-pandemic “new normal” video is to continue to play a role in what musicians and musical organizations offer their audiences, then video needs to get better.

When I began looking into the whole question of music on film and video, I was astonished to learn that moving images of classical musicians playing their instruments go back more than a century to the silent film era. The earliest moving pictures of musicians were without sound. This short clip of the great pianist Josef Hofmann is from around 1910. When I first viewed it, I wondered why anyone would be interested, given the fact that there is no music. But the more I watched it, and especially when I compared it to a video of another pianist, I found it fascinating. One can glean a good deal about the musicians’ personalities and their different techniques just by watching. For example, compare the Hofmann video to this video of another great pianist of the era, Leopold Godovsky. Note not only the different hand positions and qualities of touch but also the movement of the bodies and the expressions of the faces. Godovsky was famous for his sense of humor and it certainly comes across at different points especially at the 2:25 mark. If one subsequently listens to the two pianists on old recordings, these videos add much insight.

Today, of course, one would never provide a musical video without sound. But beyond sound and color, we haven’t advanced very far. The visual offerings are still primarily of musicians playing their instruments. It is true that some creators have begun experimenting with visual images that are a direct response to the music. An interesting example is this series of carefully color-coded images “dancing” to a Beethoven string quartet. It was created by the American composer, pianist, educator, software engineer, and inventor Stephen Malinowski, and it is certainly an imaginative novelty though I find it difficult to stay with it for more than about five minutes. (To be fair, the acclaimed British music educator, Ann Rachlin MBE, who sent it to me, said she watched the entire video multiple times and enjoyed it.)

Popular artists have produced musical videos for years that are compelling and often feature arresting imagery. In addition to the performers themselves, these videos sometimes include guests, unique costuming, dance sequences, and other fascinating visuals. They are fun to watch—it helps that they are comparatively short compared to a classical concert—but they often cost tens of thousands of dollars to produce. Nevertheless, some classical musicians have gone a similar route, featuring themselves in conjunction with video sequences that are creative and simple enough so as not to be cost prohibitive. This is exemplified in this emotionally moving video by the Icelandic pianist, Víkingur Ólafsson (“Artist of the Year” at the Gramophone Awards 2019) performing the Andante from Bach’s Organ Sonata No. 4, as transcribed for the piano by August Stradal. The video was directed by Magnús Leifsson.

With more conventional classical music video, the visual experience actually constrains our mind’s eye and stultifies our creative imaginations. When we listen to a recording, by way of contrast, our eyes can look anywhere and our imaginations are free to roam. True, we are not watching the musicians, but we are also not visually trapped by the images on the screen. When we watch a video of musicians playing, the decision about what or who to look at is made by someone else—generally a video editor or, for higher budget productions, filmmaker.

But the decisions that a video editor makes are not necessarily the ones our eyes and brain would choose if we were sitting in a concert hall and some can be downright frustrating. For example, if orchestra musicians play solo lines in a symphony, when do you want to be watching them? For me, I want to watch a musician when he or she starts the solo right through to the end (though these solos often last no longer than 30 seconds to a minute, editors don’t like lingering on a single image). I don’t want to wait for the camera to focus on that individual until well after the solo has begun (as is so often the case in musical video) or depart before the solo is over to capture an interesting shot of someone else. But that is not all. Perhaps at some point I would prefer to watch the conductor rather than a group of musicians. Or I might even like a close-up of a musician who isn’t playing. How many times in a concert hall have I thought, “I wonder what that tympani player is thinking about in this slow movement when he is not playing? I think I will watch him for a bit and see if he does anything besides sit there with his arms folded.” The point is, I get to choose.

Of course, there are better and worse examples of music video editing. This video of Mozart’s Symphonie Concertante is better than most. As you listen, the editor gives you various views that I would argue are well timed to reflect Mozart’s musical ideas and many are the ones I would have chosen. The video begins with a view of the charming conductor, gradually panning to the whole orchestra and soloists as they play the introductory section together. But as different solo lines emerge, camera angles are chosen to capture them and it feels almost like a music class in which the musical work is laid out for you. Even if you only watch a little bit, notice when the oboes and horns are featured near the beginning. A good example is at the 1:33 mark. Your eyes help your ears know that they are playing important lines. And happily, we are shown them as their solos begin, not half way through. And so it goes throughout the piece with excellent views of the violin and viola soloists when their turns come. As good as this is, there is still a problem. We are only given one view at a time and the view we are offered may well not be the one we would have chosen.

What’s the alternative to this single image choosing? What if there were multiple images on the screen that I could look at? Watch this recent video by pianist Frederick Moyer of a recital he recorded at his home for a senior audience in honor of Valentine’s Day 2021. Notice how the lid of the piano is used to view the pianist’s hands at the 5:55 mark while we have a view of the pianist himself at the same time. There are many such dual views using the piano lid throughout the video. Notice, too, how after explaining the structure of a Bach fugue, the pianist uses a color coded simplified score at the 9:19 mark to help the listener follow the various voices of the fugue while they are still able to watch him playing the piano. Then at the 14:00 mark, the pianist introduces a colleague (a cellist) virtually and the two of them play a set of Beethoven variations together. Though he is in New Hampshire and she is in North Carolina, they are connected through technology. When you consider that this video was produced on a very limited budget, it is a wonder that organizations with very large production budgets cannot be more creative.

Some organizations have risen to the challenge. This fascinating (and humorous) multiple-view video is beautifully edited and clearly created for these pandemic times. Since the musicians were each individually filmed, we have been given a screen that sometimes features all of them individually at the same time and sometimes selects groups or individuals, roughly following the music itself in deciding who to feature. True, this may be a little much for our relaxing pleasure, but it does move us toward what I believe should be the future of music video.

And what would that future involve? Before I answer the question, I want you to think about what your eyes do at a live concert. If you are at an orchestra concert and you have a good seat, you may be looking at the whole group of musicians or at the conductor or at an instrumental section or an individual player. You may be reading the program notes, checking out the biography of the soloist, or reading about the music you are listening to. Or if you are a musician, you may have brought a score along and you may be following along with the printed music.

The point is that you could be doing any of those things and you get to decide. Imagine if a screen offered the same choices. Suppose all those options were available in real time and whenever you decided to, you could simply touch the screen image on which you wanted to focus and watch whomever or whatever you wanted. Or maybe you might want to watch two things at once—the conductor, say, and a soloist simultaneously. No problem—just touch both at the same time. Do you want the biography of the conductor? Quickly double touch the image of the conductor and up comes the biographical entry from the printed program. Finally, musicians might be interested in following the musical score of the piece being played. No problem—this example of what that looks like is from a YouTube video of “Romance” for violin and piano written by Reinhold Glière (a work that just so happens to have been dedicated to my grandmother a century ago). In this case, you even have a virtual page turner to make sure you stay in the right place.

Is this simply a fantasy? Consider this fact: all of the technology to make this happen exists. There is nothing suggested here that would not be possible if there was a commitment to develop this format and these options on a commercial scale. Until this becomes a reality though, I am going to stick with live performances and recordings.